How do bacteria breathe without oxygen or soluble electron acceptors? Structures, functions, and electron transfer mechanisms of protein nanowires

Deep in the ocean or underground, where there is no oxygen, diverse microbes “breathe” by projecting tiny protein filaments called “nanowires” into the soil, to dispose of excess electrons resulting from the conversion of nutrients to energy. These nanowires enable the bacteria to perform environmentally important functions such as cleaning up radioactive sites, generating electricity or sharing electrons with other bacteria. Although it has been known that Geobacter make nanowires, it was not clear what they are actually made of and why they are conductive.

Recent discoveries by our lab resolve two decades of confounding observations in thousands of publications that thought these nanowires as pili filaments (Current Opinion 2020). Our studies have revealed a surprise: the protein nanowires have a core of metal-containing molecules called hemes .By “sequencing” with cryo-electron microscopy, we found that hemes line up to create a continuous path along which electrons travel. Using multimodal functional imaging (Physical Biology 2020) and a suite of electrical, biochemical and physiological studies, we find that rather than pili, nanowires are composed of cytochromes OmcS and OmcZ that transport electrons via seamless stacking of hemes over micrometers (Cell 2019, Nature Chem.Bio. 2020, Nature 2021).

The members will work on one or more of the following three major research themes of our lab:

1) Mechanism of ultrafast electron transport & storage: We are determining how nanowires move electrons, ions, spins and excitons at ultrafast (< 200 fs) rates( Nature Comm. 2022) and centimeter distances unprecedented in biology. We have found a novel electron escape route in proteins to avoid oxidative damage (PNAS 2021) and how cooling speeds up electrons (Science Adv.  2022).

2) Architecture of nanowire electron transport system. We are identifying the nanowire biogenesis and secretion machinery using genetic tools combined with cryo-electron microscopy and tomography and reconstituting the machinery into new species (Nature Comm. 2022). 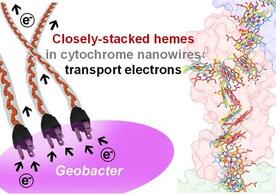 February 2, 2023
Nature Microbiology­ paper on the structure, assembly and function of OmcZ nanowires is out! Congrautlations Yangqi gu and the team! Press: EurekAlert! Behind the Paper in... 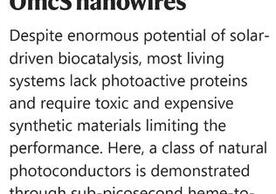 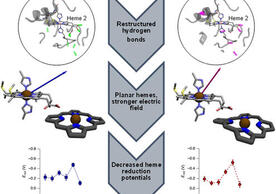